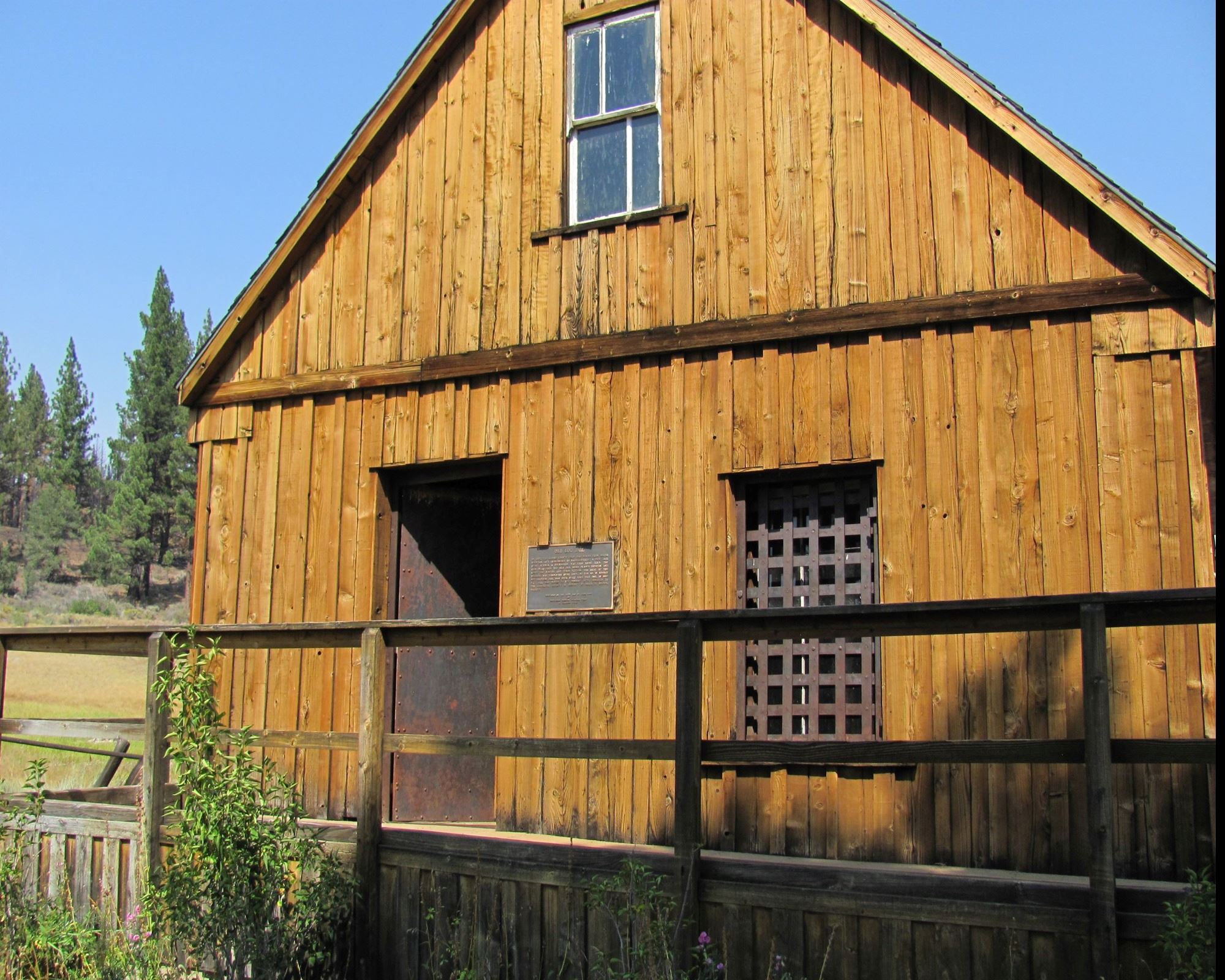 In October 1876 the old log jail was completed at Silver Mountain City. It was ready to hold those wild miners when they got out of control!

The old jail features an unusual morose and tenon construction with vertical logs fitted into a slot in the tip. The button plates that corners feature half-lap joints secured with wooden pins and the outside siding are the board-and -batten siding from 1876.

When visiting the old log jail you can step inside one of the iron metal cells it's quite an experience.